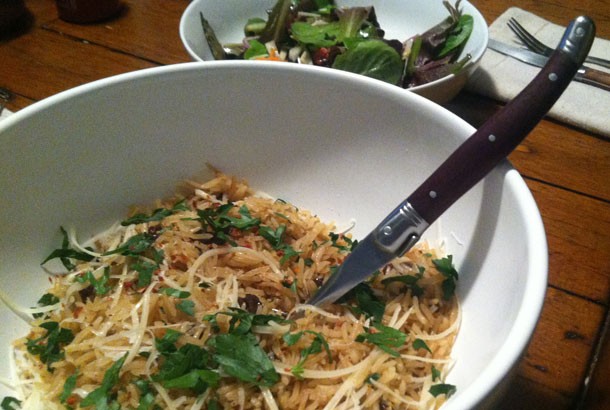 Try this delicious Italian Raisin Rice (Riso coll’ Uvetta) from Veneto. This is another traditional family Mediterranean Diet recipe from Siena Terenzio.  Rice with raisins might seem unusual, but I have to say it’s absolutely delicious!

The largest rice producing areas in Italy are in the region of Lombardy. Although this is known, the Venetians have their own rice specialties unlike those of the Lombard’s. For example, in Veneto rice is never eaten alone; for this reason, the creation of rice with raisins was born.

Raisins are not a conventional ingredient in northern Italian cooking. Raisins are more typically used in Sicily because the Sicilian cuisine has some Arab, and Greek influences.

Siena was born in Boston Massachusetts-however her world adventures began early on in life. At 2 months old Siena was brought to Siena, Italy, where she is named after, and ...