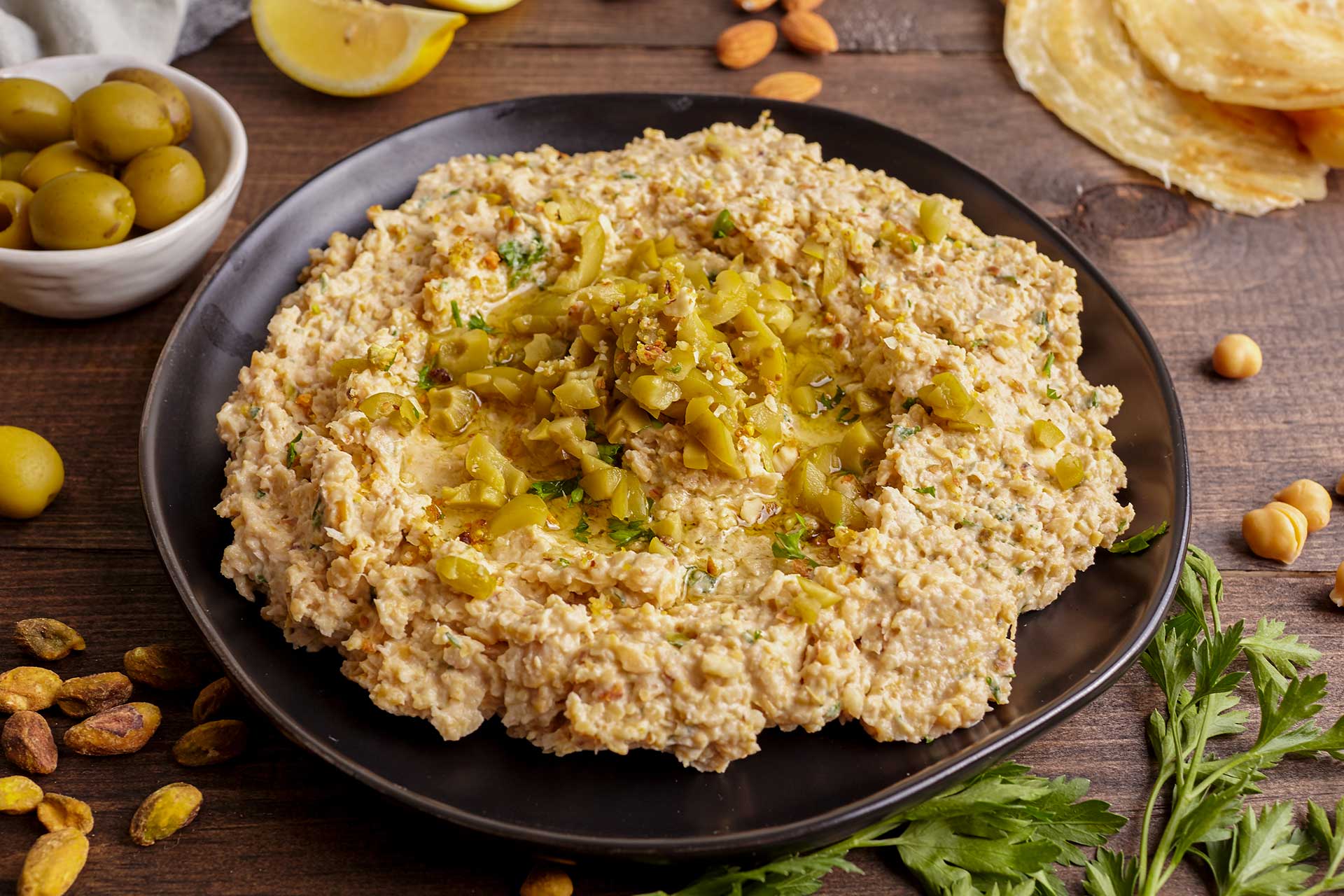 Hummus is one of the most commonly served dishes at Middle Eastern restaurants. Hummus means “chickpeas” in Arabic and is actually an abbreviation of the Arabic name of the dish hummus bil-tahina, which means hummus with tahini. This simple but typically bland dip has five essential ingredients: chickpeas, tahina (sesame paste), olive oil, lemon juice and garlic. While hummus bil-tahina is served in Egypt today, it is more frequently found at traditional restaurants than at home.  The recipe you find here is an original, authentic hummus recipe. 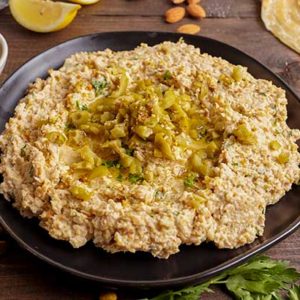