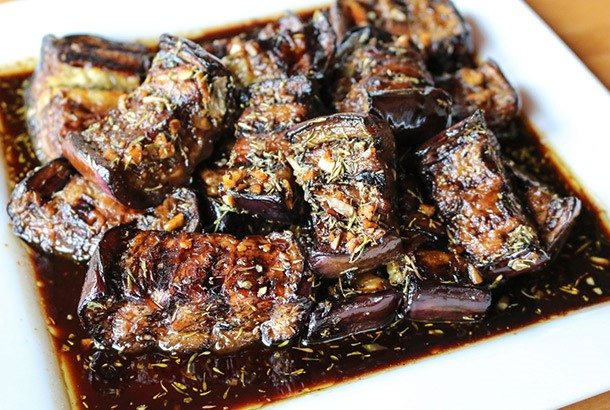 This is by far the best grilled eggplant I’ve ever had. One night recently when the weather was perfect for grilling I had some eggplant, so I thought I’d make up a recipe. I accidentally added too much balsamic vinegar which ended up being a blessing in disguise. This is one of the keys to this recipe, adding way too much balsamic vinegar. It completely changes the flavor of the eggplant once it’s completely grilled. It gives the eggplant a meatiness and sweetness that compliments the savory eggplant perfectly. The first time I made this recipe, I got some nice grill marks and I thought it was done, but when I ate it, the flavor was totally there, but the middle of the eggplant wasn’t one hundred percent cooked. I needed to redeem myself as soon as possible. 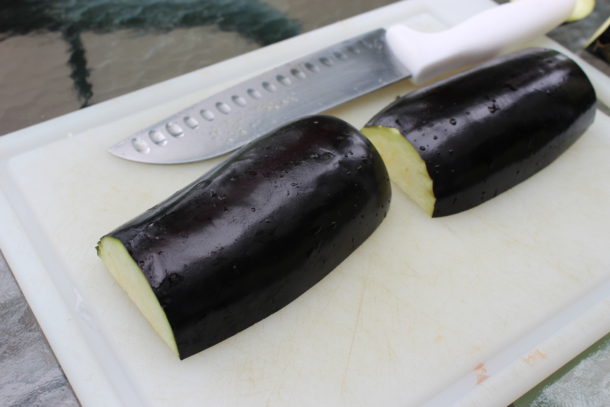 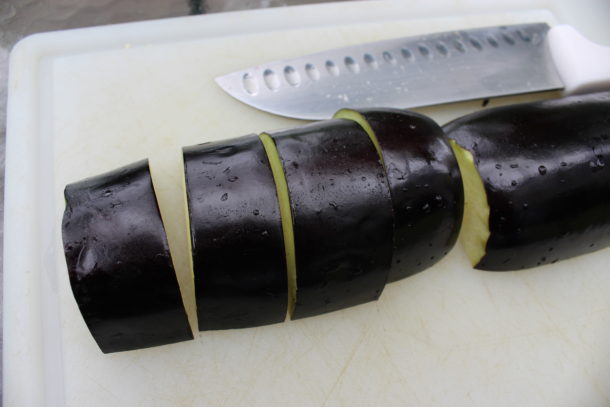 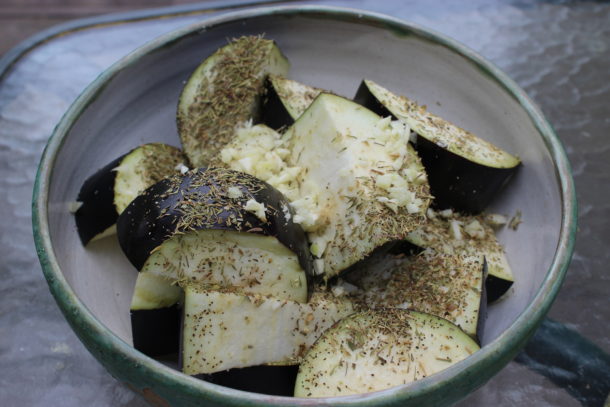 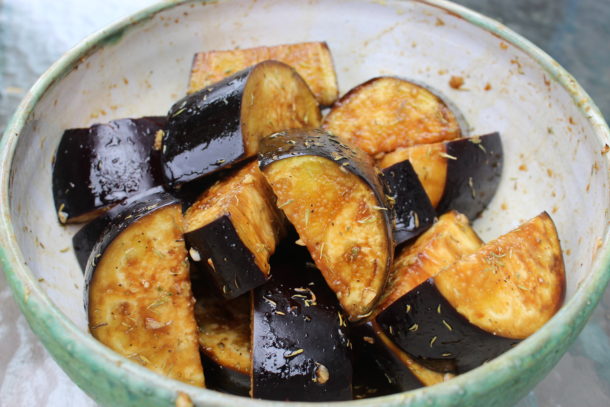 The next night I was grilling again and my goal was to make this eggplant perfect. Cutting the eggplant in wide half moons as seen above allows you to flip it onto every side. Being able to stand it up on the skin side down is the most important part because nobody likes eating eggplant with skin that you have to chew. Grilling the skin side first makes the skin soft and easy to bite into. 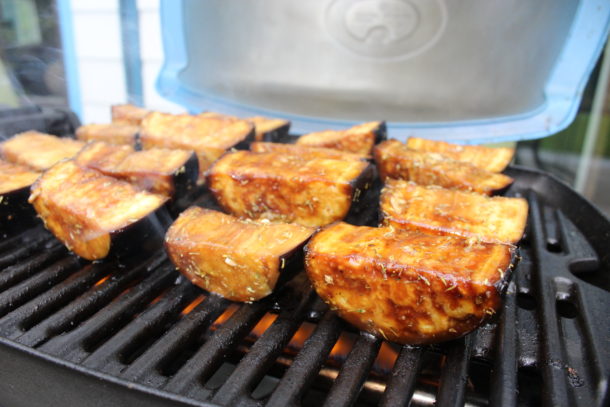 I wanted to keep this recipe really simple so besides balsamic, there is just olive oil, thyme, oregano, fresh garlic, salt, and black pepper. For such few ingredients, this eggplant is extremely flavorful. Eggplant is like a sponge so when you marinate it before grilling and then throw it back in the marinade after it becomes almost like eggplant candy. It is both sweet and savory. This is a great side dish by itself but there are some other ways I like to eat it too. It’s amazing on top of good crusty sourdough bread. Also, a sandwich with the grilled eggplant, roasted red peppers, banana peppers, arugula, provolone cheese, and toasted bread is really good too. I hope you enjoy this recipe and let me know how it came out! I hope you love it as much as I do! 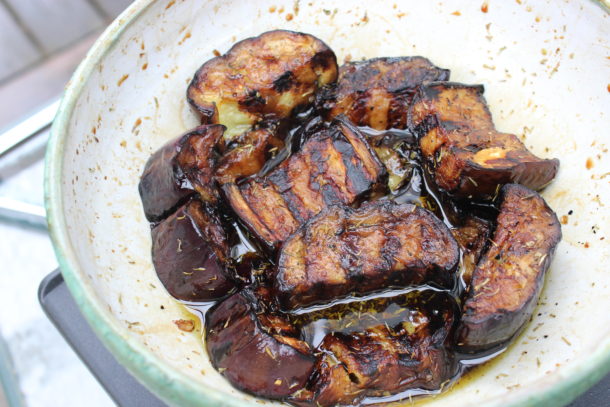 3 Responses to Melt in your Mouth Grilled Eggplant