Cinnamon: Warm Up to the Changing Season 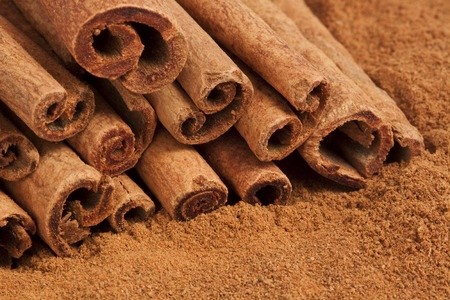 Cinnamon: Warm Up to the Changing Season

Published on October 1, 2014 | in Weeds and Spice By Christine Kenneally | 0 Comments

When the weather turns cooler, we crave foods that will warm us up. But comfort food doesn’t have to be fatty, heavy food that makes us feel tired and sluggish. Adding particular spices to our food (hint: cinnamon!) can transform them into comfort foods, and this is good for us in many ways. First of all, it tastes delicious. Adding cinnamon to both sweet and savory dishes adds complex layers of flavor that surprise and delight.

Secondly, the spices have a positive effect on our digestive system. The warming effect of the spices, which is called ‘carminative’ in the herbal world, helps to prepare our digestive system to receive and process the food we are eating. Think of it as stoking a furnace. It has a soothing and anti-inflammatory effect on the GI tract, reducing gas and bloating. We may be eating healthy foods, but if we are not digesting them properly, we are probably missing out on some important nutrients. Cinnamon and other carminative spices have been used in both sweet and savory dishes for perhaps thousands of years, particularly in the cuisines of many northern African and Mediterranean countries.

There are many references to cinnamon in ancient Greek, Egyptian, and Hebrew literature describing it as a highly prized commodity, fit for a king or a god, and used in religious ceremony in the forms of incense and holy anointing oil. Those in control of the profitable spice trade of the Mediterranean kept its source secret, to protect their monopoly.

Cinnamon comes from the inner bark of a family of evergreen trees called the lauraceae, or laurel family, which grows mostly in warm and tropical climates. There are several different varieties of cinnamon, but the one most commonly found in grocery stores is called ‘cassia cinnamon’.

At Mediterranean living, we believe that whole, healthy food is the best medicine because it nourishes our bodies and encourages our body systems to function as they should. Herbal medicines and spices each have many different healing actions, and oftentimes, a single plant can address a variety of health problems that a person faces, which can seem unrelated. Pharmaceutical medicines isolate compounds of these plants so that they have just one property in a very controlled and concentrated strength. Using plant medicine can be a safer and a more gentle way to nourish our body systems over the long term. Of course, it is important to do more research and talk with a doctor or herbalist if you are thinking about taking medicinal doses of any herb.

With that said, I want to encourage you to think of cinnamon as powerful medicine that can improve health in a variety of ways:

Perhaps the most widely researched of cinnamon’s medicinal effects is its ability to regulate blood sugar. According to research done at the University of California Davis, published in the Journal of Medicinal Food, cinnamon lowers fasting blood glucose levels about 3-5% (a significant amount), which is of particular interest to people who are pre-diabetic and needing to balance blood sugar levels. This is also of interest to anyone who wants to balance their energy levels and mood!

Cinnamon is anti-bacterial. This is important to remember, especially when heading into winter and cold/flu season. Keep cinnamon sticks on hand, and at the first sign of sickness, make cinnamon tea. It’s not only delicious and soothing, but can stop a cold in its tracks due to its ability to kill bacteria. Cinnamon also fights illness with its warming properties by increasing blood flow and oxygen levels. Try it the next time you feel a tickle in your throat.

As you can see, cinnamon does so much more than make our food taste good. I look for ways to sneak cinnamon into my diet as much as possible. Here are a few ideas: sprinkle it on your cereal or toast in the morning, or brew some in with your morning coffee, try adding it to hearty soups and stews, as well as meat dishes, wind down at night by sipping warm milk with cinnamon.  And if you’re looking for a new savory Mediterranean recipe to try, we think you’ll like our Hushwee recipe.

I would be remiss if I didn’t mention the all time favorite combination of apples and cinnamon. It’s apple season! This gives us even more opportunities for eating cinnamon. Try out our super simple and super delicious recipe for Apples and Cinnamon Treat.

Christine is the Wellness Coordinator for Mediterranean Living and is very happy to be involved in the development and growth of this organization. She has many years of experience in non-profit program management and arts education administration, most recently working at Snow Farm: The New England Craft Program. She has a B.A. in Psychology and Spanish from Siena College. In addition to playing an active role in the vision behind Mediterranean Living and it's many projects, Christine likes to break glass and tile up into tiny pieces and arrange them into patterns, creating fine art and architectural installations. She teaches workshops in the art of mosaics, does public and private commissions and exhibits her work. She is also married to Bill Bradley.
View all posts by Christine Kenneally →