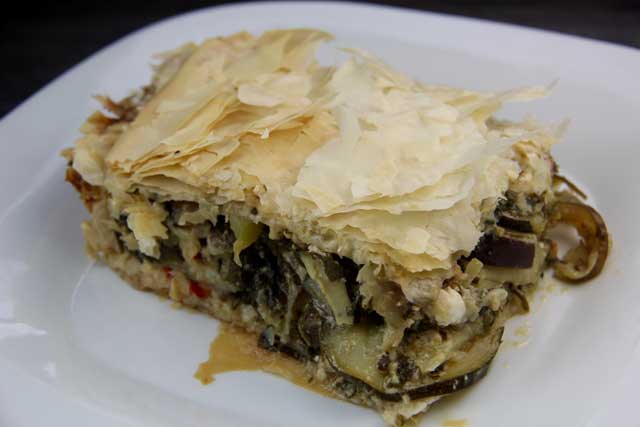 Phyllo pies are one of the staples of the Mediterranean Diet.  On the island of Crete, we make many different types of phyllo dough recipes from cheese pies to spinach pies to baklava.   This vegetable phyllo pie is one of my favorite recipes from the time I was a kid to now.  When I was younger, I would help my Mom roll out homemade phyllo.  All of the ingredients were from our own land and this dish was made during zucchini season when zucchini were large and plentiful. 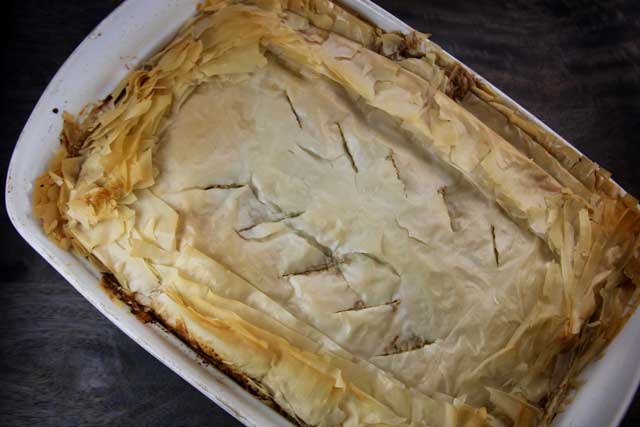 A few tips on working with the phyllo:

Once the vegetable pie is done cooking, let it cool for about ten minutes.  Serve as the main course for dinner with a simple salad or as an appetizer or meze.

One Response to Vegetable Phyllo Pie (Island of Crete)

Koula Barydakis was born into a long tradition of eating and living Mediterranean on the Greek island of Crete. She is a chef who has worked in many of ...