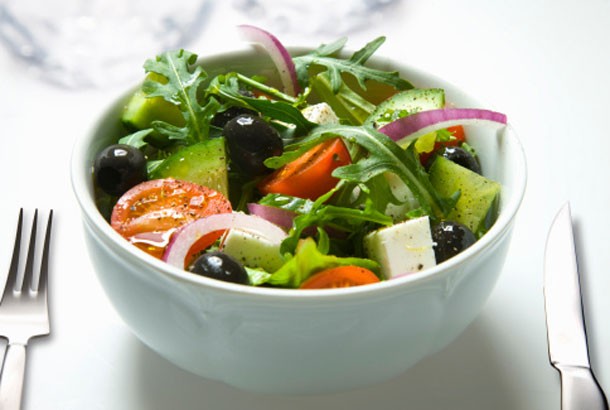 Greek salads in Greece are drastically different from what you get in most Greek restaurants in America.  While I admit to completely enjoying the Americanized version loaded with iceberg lettuce and thick dressing squirted from a plastic bottle, the simpler (and healthier) Greek version always feels more satisfying.  Most traditional Greek salads are missing lettuce altogether. 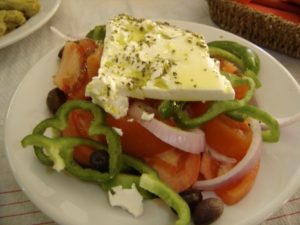 Similarities between the American version and the Greek version are green peppers, sliced tomatoes, cucumbers, Kalamata olives and feta cheese.  The Greek dressing is a flavorful combination of freshly squeezed lemon juice and lot’s of extra virgin olive oil.  At the bottom of every bowl is a wonderful combination of oil/lemon dressing and crumbled feta which is sopped up with crusty whole grain bread.

Below is the recipe for my version of Greek salad which stays pretty close to the traditional, but changes green peppers to red and adds a spring mix lettuce. 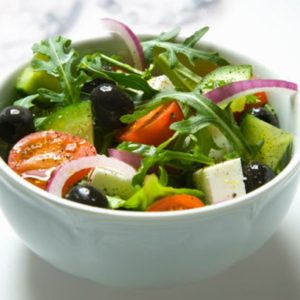