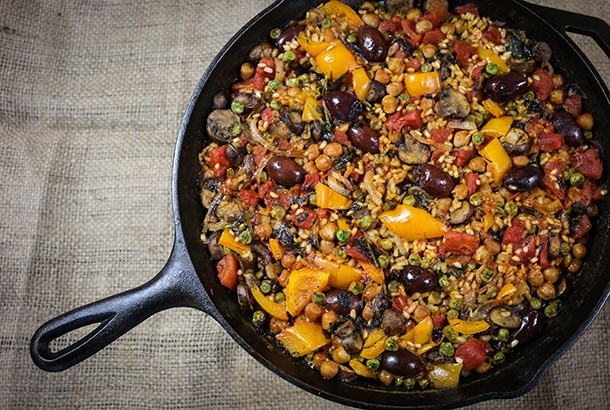 Most people think of paella as a dish with seafood and sausage, but one of the traditional Mediterranean Diet recipes of Valencia is paella de verduras or vegetable vegan paella.  This paella recipe has over 20 ingredients in it, but don’t let that scare you!  I think you will find that most of the ingredients are in your pantry or are easy to come by at any supermarket.  And don’t worry if you don’t have saffron (oh dear!), it will still taste amazing with or without it!  The saffron I used was only $3.oo and was enough for at least 10 paellas! 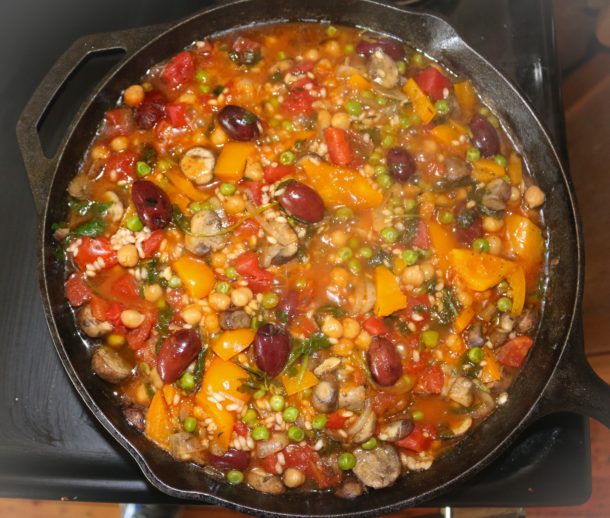 There are only a few techniques you may not have tried before that are important in making this dish. 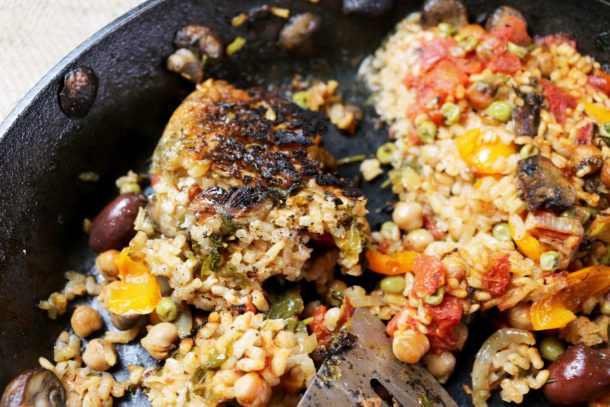 The rest of the recipe is totally straight forward and you will have a delectable dish in an hour.  I find that this recipe is enough on its own so you don’t need to have a lot with it.  One of the traditional paella ingredients not in this paella are artichokes.  Marinated artichokes are one of the sides I would recommend.  A salad with Dijon vinaigrette will only add to the  flavors of the paella. 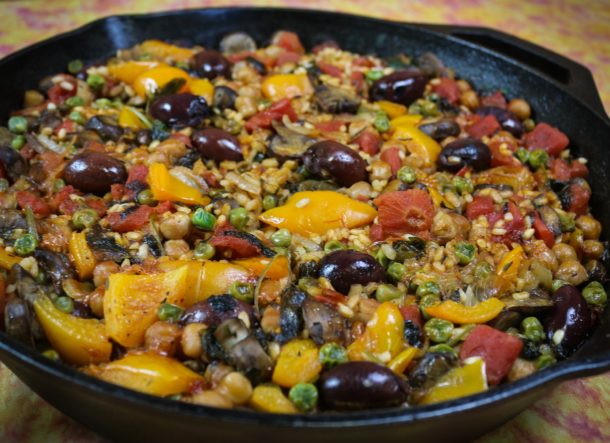 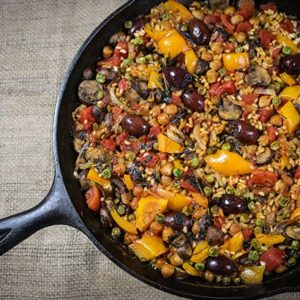