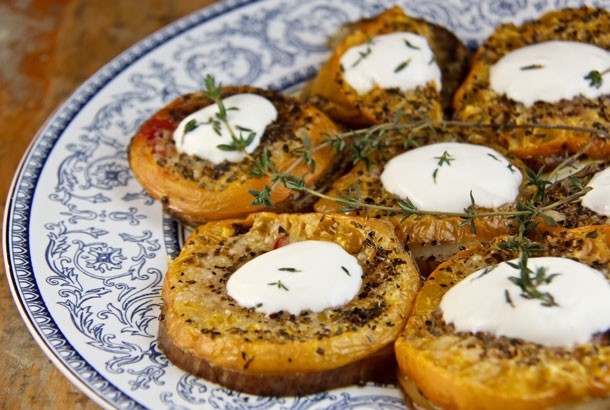 This recipe fits in very nicely with me being a lazy cook.  Instead of frying the eggplants in olive oil, a task that can be tedious, I just throw them in the oven covered with lots of oil, topped with tomatoes and parmesan cheese.  It is one of those Mediterranean recipes that takes little effort or skill, but will make your party guests thinking you spent the whole day in the kitchen.  A garlicky dollop of yogurt adds both zip and a calming of flavors at the same time.

I love this accompanied with sizzling lemon garlic shrimp, spicy rosemary olives, freshly baked sourdough bread, and red wine.  This version calls for a 1/4 cup of olive oil, but I will tell you a little secret, I usually use a half cup for extra flavor and to give my guests extra oily nectar for them to dip their bread in after they have enjoyed the eggplant.  Extra deliciousness will ensue! 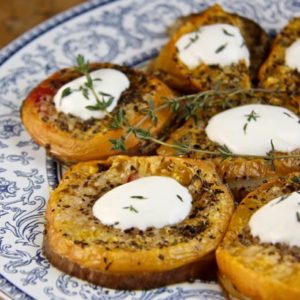