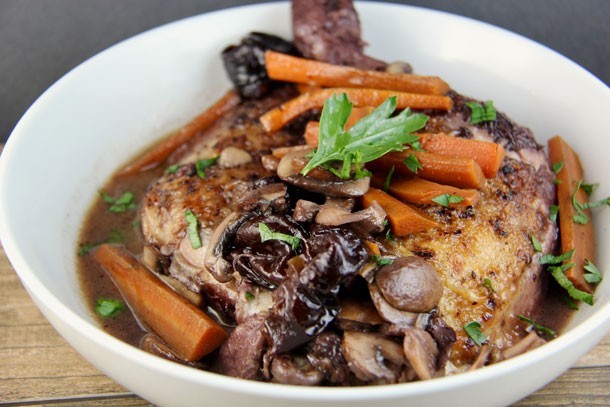 There are a few places you can get the wine for this tagine recipe:  1) Search your liquor cabinet for a couple of bottles of half-drunk red wine, 2) peruse the bargain bin at your local liquor store, or 3) ask a cheap friend to bring some red wine to dinner (use their wine for this recipe and switch out a good bottle for the dinner).  However you get the wine, the cheaper the better!  This is a great Mediterranean diet dinner when you are feeling lazy and don’t want to spend much time prepping. If you buy baby carrots and pre-sliced mushrooms you won’t even need a cutting board!  Once everything is in the pot, you can spend the rest of the time eating appetizers and drinking the good bottle of wine!

Adapted from a recipe by Tracy Karbus

Here are some other Tagine Recipes to try: 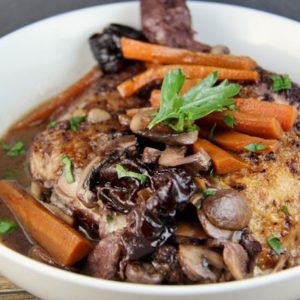